When we visit a city, we are interested in knowing everything about culture and traditions. Monuments, churches and museums are very important and sometimes, some of them are a must as happens in Granada. If you come to Granada for the first time, you have to visit the Alhambra. But there is a less formal side in the culture of a city which allows us to understand its cultural richness and its people’s personality. This aspect is Gastronomy. Through Gastronomy we can discover how the city is influenced by other people, religion or even wheather.

It is well known that Granada is famous for the tapas. However, the visitor sometimes feels stressed in front of so many delicious dishes and he does not know what to choose. Finally he decides to order dishes that he has already tasted.

In this post, we want to show you the tapas and dishes that you can mostly find at the restaurants In Granada.

Granada is near Sierra Nevada so it is cold in winter. For this reason, the typical meals in this season are highest in calories. For example, the “Olla de San Antón” which is a kind of stew, “plato alpujarreño” (with eggs, fried potatoes and sausages) and bread crumbs.

We can also find other delicious meals: fava beans with Serrano ham, kid in garlic sauce, trout of Riofrio and Sacromonte omelette (originally made with pig's or lamb's brains) In Easter, most of tapas bars serve Remojón, a delicious cod and orange salad. See recipe. 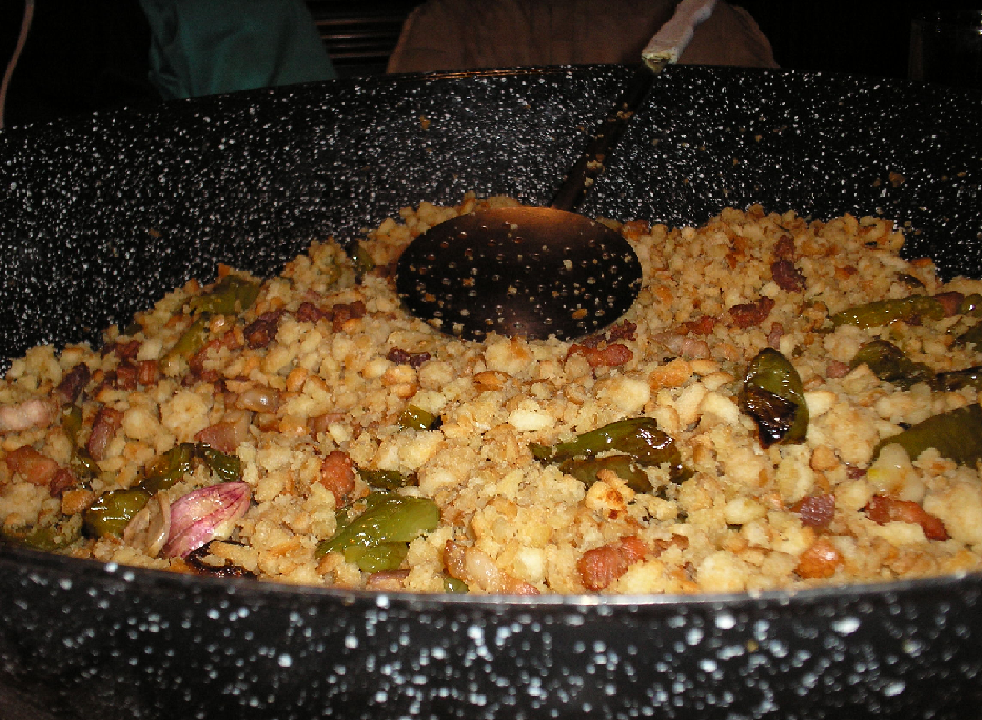 Regarding desserts, there are many typical cakes and sweets in Granada but “Piononos” of Santa Fe and “Tocinos de cielo” of Guadix are my favourites.

Wine is a rising business area in Granada. For some years now, some wineries of Granada, Guadix, Baza, El Valle de Lecrín and the cost are producing really good wines. Please do not hesitate to taste our wines when you go out for tapas. You will be surprised.